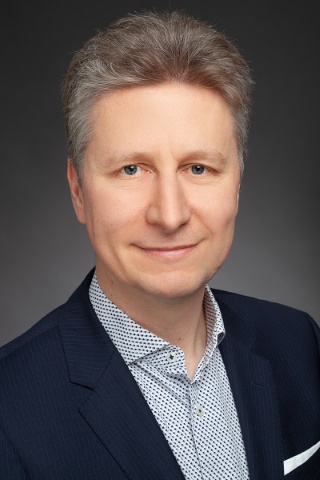 Christian Becker-Asano received his doctor's degree (Dr. rer. nat.) from the University of Bielefeld in 2008, for his work on affect simulation for agents with believable interactivity (WASABI architecture), which he applied to the articulated communicator Max.

He was a Ph.D. student and research assistant in the Artificial Intelligence Group at the University of Bielefeld, Faculty of Technology, and a Pre-Doctoral Fellow of the Japan Society for the Promotion of Science (JSPS) during a three month visit in 2005 at the National Institute of Informatics, Tokyo. See this article for videos.

He applied his experience in Affective Computing to the humanoid robots and androids of the Intelligent Robotics and Communication Labs at ATR in Kyoto, Japan, under the guidance of Prof. Hiroshi Ishiguro as a post-doctoral fellow of JSPS and Alexander von Humboldt (AvH) foundation. See this article for videos.

Supported by a return fellowship of the AvH foundation from July 2010 until June 2011 he continued his research at the Research Group on the Foundations of Artificial Intelligence at University of Freiburg in Germany together with Prof. Dr. Bernhard Nebel. From October 2010 until July 2011 he was an affiliated Junior Fellow at the Freiburg Institute for Advanced Studies (FRIAS) and joined the Interdisciplinary Research Group "Coping with Emergencies". From 2012 to May 2015, he held the position of a Lecturer (akad. Rat. auf Zeit) in the Research Group on the Foundations of AI.

In June 2015 he became research scientist at Bosch R&D in Renningen (Stuttgart) applying AI methodologies to practical problems of autonomous driving and since the beginning 2017 also to Human-Machine Interaction.

In 2017 he was involved in several Bosch-internal programs on intrapreneurship, working in an agile fashion on creating and validating new ideas with accompanying business models. His mentor during that period was the CEO Dr. Volkmar Denner.

From March 2018 until February 2020 he was Product Owner of Intralogistic Robotics leading a dedicated team of roboticists at the Grow platform GmbH in Ludwigsburg.

Since March 2020 he is full professor for "Artificial Intelligence and Human-Machine Interaction" at Media University in Stuttgart, Germany. See here for contact details.

As of July 2020 Prof. Dr. Christian Becker-Asano is co-founder of "Dejita Consulting GbR" together with Lazaros Emmanouilidis and their first product is the "Reaction Counter App" for android smartphones.

He also has the following additional profiles on the web: XING, LinkedIn, GoogleScholar, YouTube.

Although the source code of WASABI is available here as well, I decided to make it easy for all of you, who are not interested to compile from the sources. You may download the libraries together with the executable and the configuration files in one package below. (Use a program like "HashMyFiles" to check the hashes.)

I am proud to announce that Version 1.0 of the core of WASABI, which is called "WASABIEngine", is now publicly available at GitHub.

The GUI part "WASABIQtGui" is now available as well. For collaboration purposes I moved both repositories to the "organization" account CBA2011 on GitHub: https://github.com/CBA2011